First discovered in 1911 by the American historian Hiram Bingham, the ancient Inca settlement of Machu Picchu is a must visit on any Peru itinerary. With a fascinating, yet mysterious history and some of the world’s best views, here’s seven reasons why you need to visit Machu Picchu sooner rather than later.

Built by the Incas in the 15th century, Machu Picchu is referred to as the Lost City of the Incas, having thought to have been abandoned 100 years after its construction around the time of the Spanish conquest in the 1530s. It wasn’t until the arrival of the American historian Hiram Bingham, guided by a small group of local farmers, that Machu Picchu was rediscovered and got its name, meaning “old peak” or “old mountain” in the native Quechua language.
Regarded as one of the most important heritage sites in the world, it’s still a mystery as to the actual function Machu Pichhu played, with speculations ranging from a university to a retreat for royalty. However, the most common theory is that Machu Picchu was built as an estate for the Inca Pachacutec, who was the founder and first emperor of Tawantinsuyo (the Inca Empire).

It’s incredible to witness the extraordinary architectural works of the Inca Empire, covering an area of 32,592 hectares, with a large number of ancient ruins still standing today. The Inca masons used a technique of fitting granite stones perfectly together without mortar, called Ashlar. These stones were cut using bronze tools and harder stones found in nearby quarries were used to pound the stones into shape, ensuring these structures were strong enough to withstand earthquakes and heavy rain. Smaller stones were transported by llama, whilst the heavier stones were dragged by men using rope. Some of the best examples of the Machu Picchu architecture include The Temple of the Sun, The Royal Tomb, The Sacred Plaza and The Pyramid of Intiwuatana.

To see Machu Picchu in person is absolutely breathtaking. Rising 2,430 metres above sea level, the views from the top on a clear day will simply blow you away. Saddled between two mountains, Machu and Huauna Picchu, the area is covered in thick forest. Machu Picchu is also surrounded by the Urubamba River Valley with more mountains of the Cordillera del Vilcanota which are very steep and dramatic.
For those arriving by train, you can enjoy the dramatic, natural scenery as you journey through lush valleys and past rugged peaks, following the course of the Urubamba River.

Machu Picchu is a photographer’s dream with so many vantage points to capture that iconic photograph, including the altar and Sun Gate. Arrive early to capture the sunrise as the mist starts to lift or stay late to photograph the last of the rays of the setting sun. Note that the site closes at 5pm, so you may not see the full sunset. The western terraces near the Watchman’s Hut (House of the Guardians) is a good place for photos, but keep an eye out for the free roaming llamas – always a great addition to a photo.

The Inca civilisation in its time was not only the largest empire in the Americas, but also the world, flourishing in ancient Peru from the early 15th century up until the Spanish conquest in the 1530s. Extending across western South America from Quito in the north to Santiago in the south, the Incas left great examples of their incredible architecture and unique art along the way, of which one of the most impressive and world-famous is of course Machu Picchu.

Immerse yourself in the rich culture during your trip to Machu Picchu and Peru, which has been highly influenced by the Incas. Listen to the beautiful Peruvian music from harps, lutes and guitars, feast on the Peruvian cuisine which fuses together Spanish cuisine with ancient Peruvian and hear the locals speak in both Quechua and Spanish. Admire the beautiful colonial houses and churches and stroll through Cusco’s fascinating central market– a great introduction to the day to day life.

7. One of the Seven Wonders of the Modern World

Named as one of the seven wonders of the modern world in 2007, Machu Picchu is one of the world’s top tourist destinations with over one million visitors annually. It was also declared a UNESCO World Heritage Site in 1983. If you’re looking to tick off all the world’s wonders, then Machu Picchu is not to be missed.
Start planning your visit to Machu Picchu today with a selection of South American itineraries to suit your timeframe ranging from 16 days to 37 days. 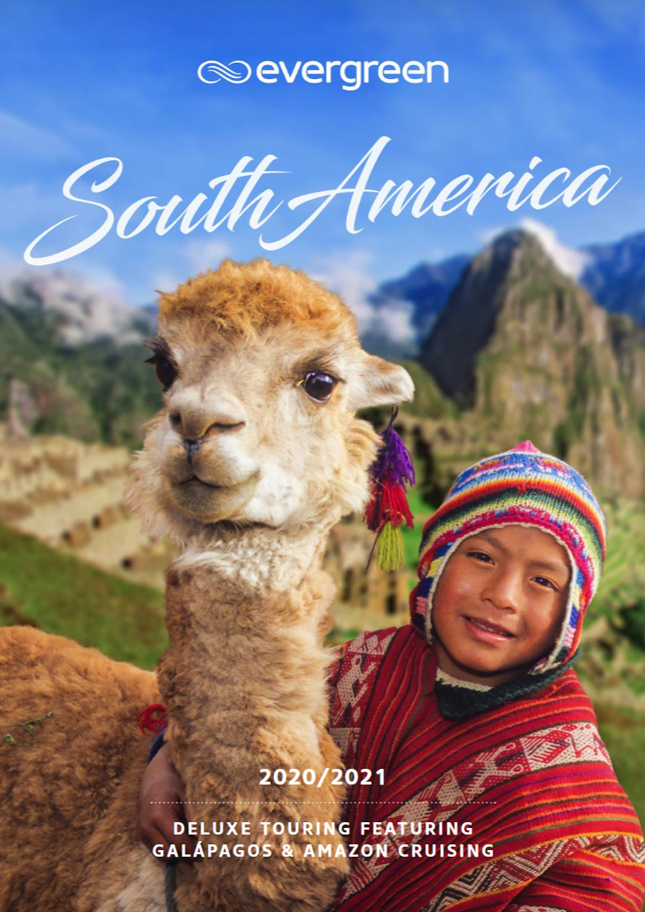 Wonders of Peru with Galápagos and Amazon Cruise
Quito to Arequipa
Discover the unique wildlife of the Galápagos Islands, venture into the Amazon rainforest & tour the famous city of Machu Picchu on this 26 day journey.
26 day
From (AUD)
$ 17,295
Discover
View More