5 must-do experiences in the South Island of New Zealand

New Zealand’s South Island is a land of beautiful landscapes and wide, open spaces – and almost endless attractions. Discover the top five experiences to enjoy when visiting this special corner of the world.

New Zealand’s South Island (Te Waipounamu in Māori) is home to some of the world’s most pure natural landscapes and diverse scenery. Alpine vistas and glass-like lakes that are characteristic of the Central Otago region contrast with golden sandy beaches in Nelson, while Marlborough’s rolling vineyards are known for producing some of the most celebrated wines in the world. There is an abundance of exciting things to see and do when planning a journey of the South Island, but these five must-do experiences will allow you to be immersed in New Zealand’s stunning vistas, isolated location, and truly unforgettable natural beauty, perhaps during Evergreen’s 14-Day South Island Discovery tour.

Marvel at the majestic Milford Sound

Located in the vast, World Heritage-listed Fiordland National Park, Milford Sound (Piopiotahi) is one of the most visited destinations in Aotearoa New Zealand. The fiord was formed by glaciers over millions of years, resulting in towering cliff faces that rise – some by more than 1,000 metres – from deep, inky waters. Its position on the unpredictable West Coast of the South Island can lead to frequent heavy rainfall, but don’t let this put you off – the rain results in spectacular waterfalls that cascade from the mountain peaks. Cruise through Milford Sound’s waters to spot some of the wildlife that calls this area home, including bottlenose dolphins, fur seals and the Fiordland crested penguin, one of New Zealand’s rarest mainland penguins.

Taste your way through Marlborough’s wineries

New Zealand has gained a reputation for producing world-class wines, led by the international popularity of Marlborough sauvignon blanc. Located on the north-eastern tip of the South Island, Marlborough is the country’s biggest wine-producing region and visitors can try its famous sauvignon straight from the source at one of many welcoming cellar doors. With intense aromatics, it’s typically dry and fruity in flavour, which can be attributed to a combination of Marlborough’s cool climate and maritime-influenced soils. Many vineyards offer cellar door experiences where you can taste your way through a flight of the winery’s finest varieties while learning about the grape harvest, winemaking approach, and the nuances of each vintage.
Vineyards 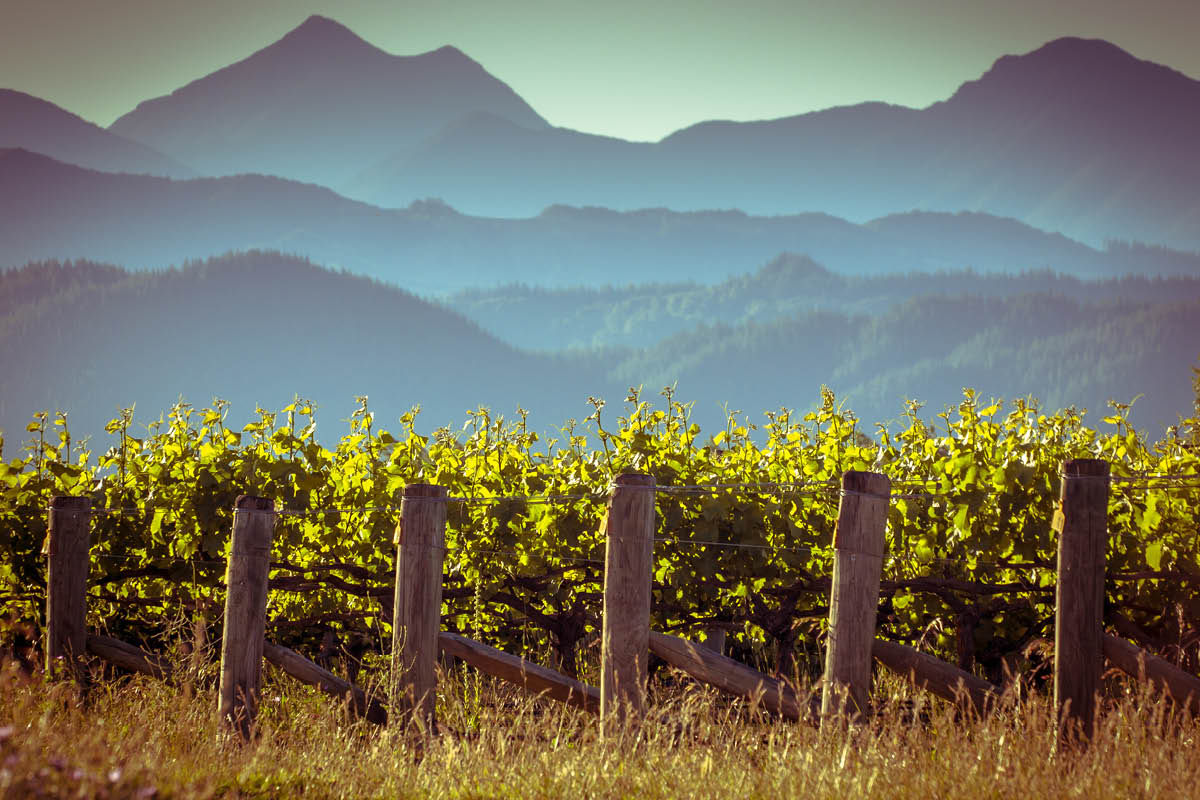 Adventure awaits at New Zealand’s smallest national park, known for its golden, sandy beaches, granite and marble cliffs teeming with native trees, and abundant wildlife. Sea kayakers are commonly spotted gliding through the turquoise waters while hikers take to the Abel Tasman Coastal Track, one of New Zealand's 'Great Walks'. A cruise through Abel Tasman National Park is an ideal way to spot native birds like tui and bellbird, or hear their song from the surrounding forest. Little blue penguins and fur seals can also be viewed in their natural habitat, and you’ll see the famous Split Apple Rock (Tokangawhā), aptly named for its resemblance to an apple that has been cut in half.
Split Apple Rock 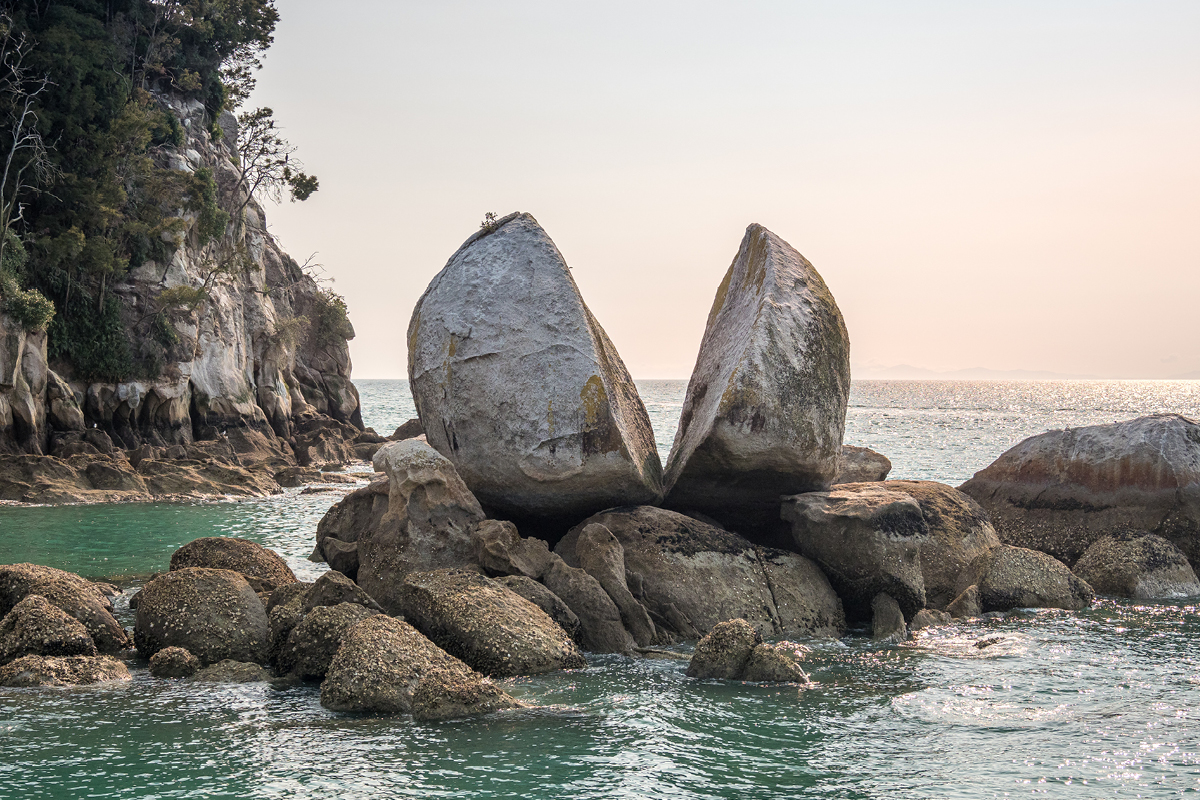 Sitting in the middle of the South Island’s Canterbury region, Lake Tekapo is recognisable for its near-fluorescent, turquoise waters, which are tinted by glacial silt that runs from the surrounding Southern Alps into the lake. In the early summer months (mid-November to early January), flowering lupins cast a violet hue across the landscape. While the picturesque scenery is certainly appealing, after sunset offers a different experience altogether. Owing to its remote location and lack of light pollution, the area surrounding Lake Tekapo has been designated as one of the world’s largest Dark Sky Reserves, making it ideal for stargazing.
Lake Tekapo 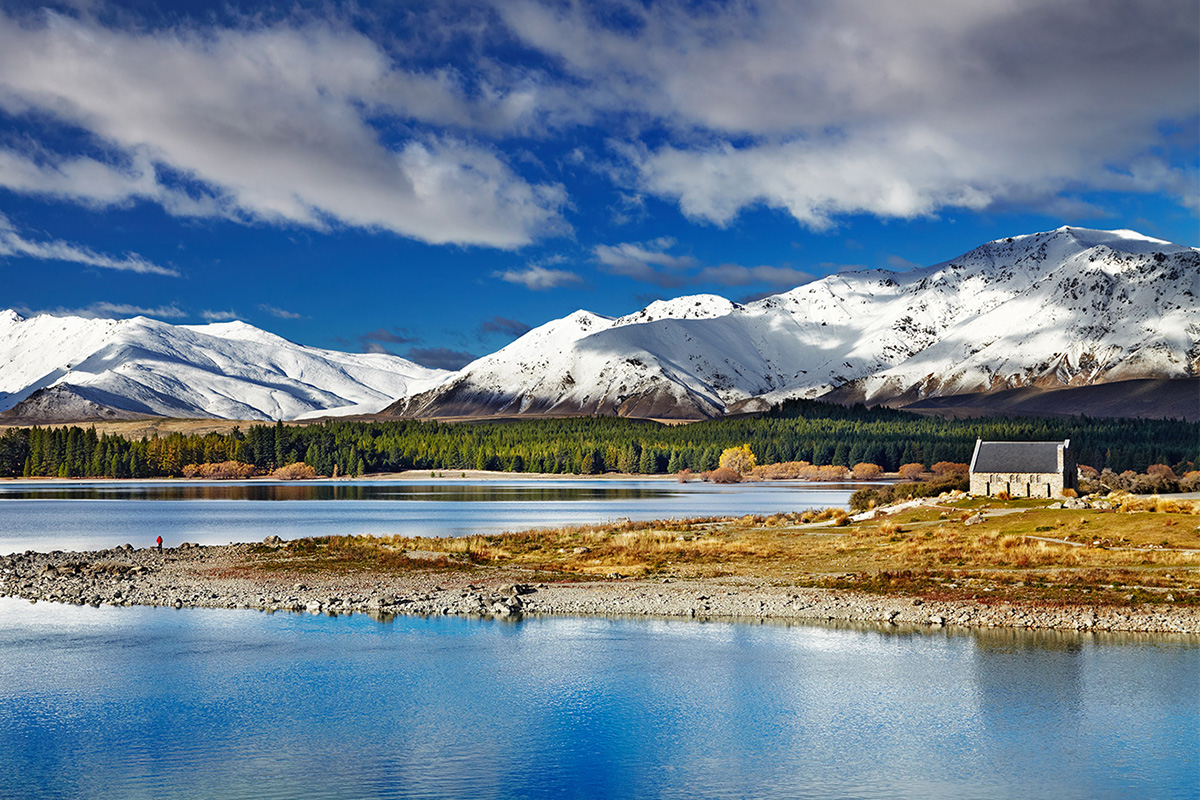 Revel and relax in Queenstown

A popular holiday destination for Kiwis and international visitors alike, Queenstown has gained a glowing reputation for its variety of attractions, its seasonal beauty and as a gateway to the best of the surrounding Central Otago region. Whether you’re seeking adventure, gastronomy or the serenity of the great outdoors, there’s something for everyone in Queenstown. Your Evergreen Discover More* options in Queenstown could include tasting some of Central Otago’s finest pinot noir at a local winery, taking to the water to experience the thrill of a Shotover Jet boat ride, or being guided through the ‘Middle Earth’ filming locations from The Hobbit and The Lord of the Rings.