From seafood to Port wine, Portugal is renowned for its rustic plates and seasonal produce – with desserts accounting for a vast swathe of the country’s favourite eats. The sweet-toothed among you will be well catered for under the Iberian sun, with everything from pastries to rice pudding in Portugal’s dessert repertoire.

The Portuguese will always find some time to indulge in something sweet, regardless of whether it is a normal day or a special occasion. The country is dotted with pastelarias, meaning ‘pastry shops’, but in reality they are a cross between a bakery and a café, shedding light on the coffee culture that can be found in Portugal.

If you have a penchant for desserts, join us as we explore the iconic desserts of Portugal – from the humble pastéis de nata to the decadent pudim flan. To make this world of sweet treats easier to navigate, we have separated them out into delicious categories for you.

From the moment you set foot in Portugal, you won’t be far away from the nearest pastelaria or padaria (bakery). These charming spots are home to some of the country’s favourite sweet bites, so they are well worth checking out if you want to experience this side of Portugal.

Here are some pastries that we believe you should look out for during your time with us in this sun-drenched country:

Where better to begin our journey through Portugal’s dessert scene than with pastéis de nata – petite Portuguese egg custard tarts that have become entwined with the country. Created in the early 18th century by Catholic monks within Lisbon’s Jerónimos Monastery, these small pastries came into being almost by accident.

Try it: Today, the most famous pastéis de nata can be found in the historic Pastéis de Belém in Lisbon’s Belém district. Here, they’re dusted with cinnamon and served straight from the oven in the traditional way, but other pastelarias have their own version, often involving icing sugar, nuts and dried fruit. If you head to any of the beaches near Porto or Lisbon, then you will more than likely stumble upon a vendor selling bola de berlim. Similar in appearance to the doughnuts you can find at home, the origins of these custard doughnuts actually stems from Germany, where they are called Berliner Pfankuchen.

Given Portugal’s love for all things sweet, theirs are much bigger and are usually filled with yellow custard cream. Almost as popular as pastéis de nata, you can find bola de berlim in every pastelaria in the country.

Try it: Serrana Pastelaria is one of the most beloved pastry shops in Porto, serving up some of the best bola de berlim that can be found in the country. 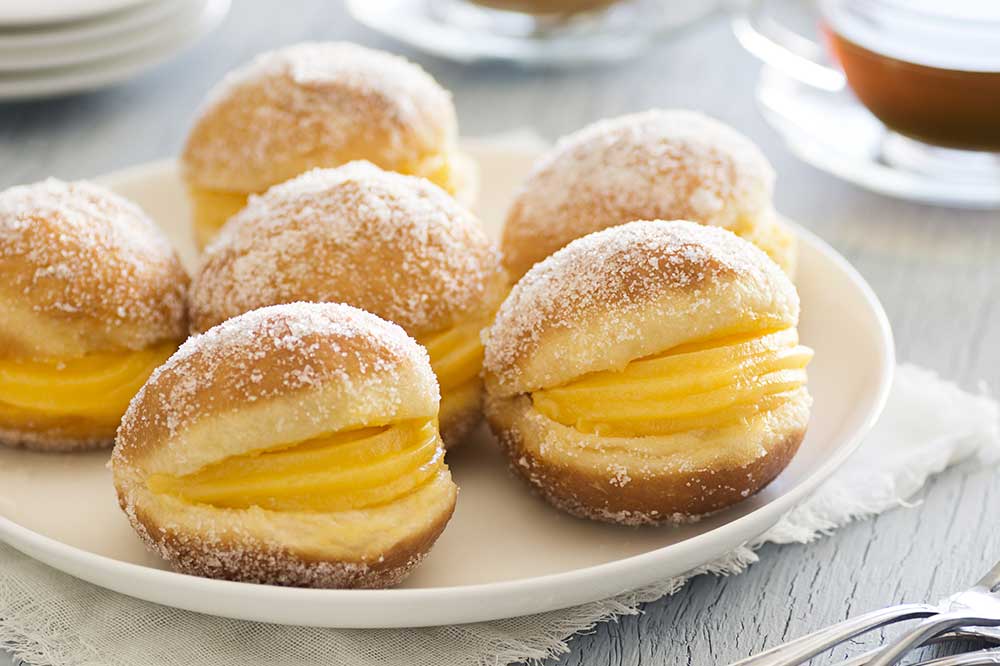 If you are looking for a hearty breakfast option to get you through a day of exploring, pão de deus could be perfect for you. Similar to brioche, this is a soft bread roll that has been slightly sweetened with a coconut topping, best when just out of the oven.

Try it: Tucked away in the historic heart of Lisbon, Padaria Ribeira is a traditional padaria that is a firm favourite among locals, who venture here regularly to get their daily coffee and pão de deus.

We would advise that you always leave a little bit of room for dessert when you travel with us in Portugal – as you might struggle to leave the dining table without it. Locals relish in the opportunity to eat something sweet after a meal, and there are some tantalising options on their menus.

Here are some that we believe you should look out for:

This delightful dessert comes from Guimarães in northern Portugal and is one of the country’s oldest and most beloved recipes. A literal translation of this dish would be ‘bacon from heaven’, because its unique recipe calls for pork lard in the cake mixture.

Toucinho do céu is known for its almond taste and moist sponge, usually being served alongside local cream or custard. The Portuguese are so fond of this dessert that it is often served during special events.

Try it: Indulge in toucinho do céu after an authentic meal at A Casa do Bacalhau, one of the best traditional Portuguese restaurants in Lisbon. The people of Portugal really do love rich, creamy sweets, so it makes sense that pudim flan is a decadent, caramel-topped pudding and a firm favourite in restaurants up and down the country. This dessert is often served at family events and during special occasions, and is almost always accompanied by a good measure of Port wine.

Try it: Lisbon’s Adega Dantas serves an excellent pudim flan, and you can enjoy the classic sounds of fado while you dine there. 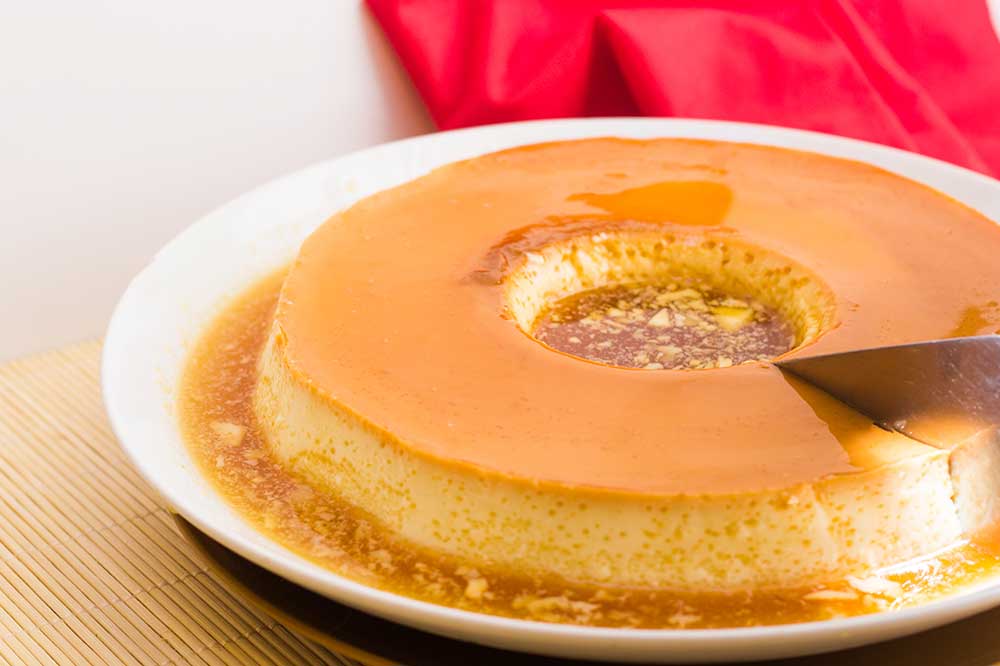 We hope that this guide to Portuguese desserts has inspired you and got you thinking about what you could enjoy during your luxury Douro River cruise. Discover Portugal river cruising with Evergreen.