How to enjoy Canada without leaving home

Limitless expanses, intriguing wildlife, majestic mountain ranges and a fascinating culture, Canada is a nation blessed with immeasurable gifts. Travelling through Canada allows you to discover a plethora of awe-inspiring treasures such as Niagara Falls, the northern lights and the majestic Canadian Rockies. To the discerning armchair traveller, there are several ways to travel around Canada from the comfort of your home. Here are our helpful hints to explore Canada’s historic sites, natural wonders, stunning cities like Vancouver and Toronto, all through the marvel of virtual travel.

Books can help you travel across time and space. For decades writers have captured the striking beauty of the Canadian landscape between the pages of many much-loved books.
Bibliophiles would love to travel Canada through Lucy Maud Montgomery’s classic series, Anne of Green Gables. Experience the stark and stunning countryside of Prince Edward Island through the heart-warming imagination of 11-year old Anne.
Jack London’s ‘The Call of the Wild’ and ‘White Fang’ are classics that will take you on an exciting trip through the national parks of Canada’s Yukon Territory and reveal the secret lives of its wolf packs.
If you are looking to explore the Canadian cities such as Toronto through an intriguing storyline, acclaimed author, Margaret Atwood’s novel, ‘Cat’s Eye’ might be just the book for you. 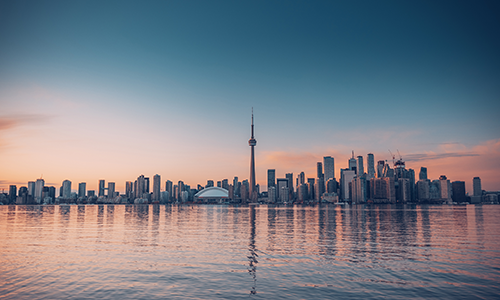 The Canadian movie business has a fair share of remarkable flicks that will not only help you discover Canada, but also entertain you over a bowl of popcorn with friends.
‘C.R.A.Z.Y.’ is a light-hearted coming-of-age movie about the protagonist Zac Beaulieu and his 30-year journey coming to terms with his relationship with his family, God, and himself. Set in the French-speaking Quebec, C.R.A.Z.Y. went on to win eleven Genies ¬– the Canadian equivalent of the Oscars.
Watch ‘Atanarjuat: The Fast Runner’ to gain insight into the lives of the Inuit and to admire the stark, untouched expanses of the Canadian Arctic. It is the first film to ever be acted, directed and written completely in the Inuit language. The film went on to win several prestigious awards, including the Caméra d'Or at Cannes Film Festival.
To explore the length and breadth of Canada, take a cross-country road trip with the movie ‘One Week’ and fall in love with the spectacular Canadian backdrops. Travelling from Toronto to Vancouver Island, you will get a chance to discover the provinces of British Columbia, Alberta, Manitoba, and Ontario.
Several famous Hollywood films were filmed in Canada as well. Brokeback Mountain was filmed against the backdrop of the Rocky Mountains in Alberta. The Incredible Hulk, Mean Girls, and My Big Fat Greek Wedding had scenes set in Toronto. Even that favourite movie Titanic had some of its final scenes filmed in Halifax. 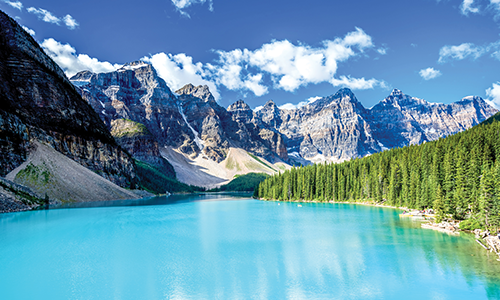 What to eat and drink

The Canadians have also invented a range of delicious foods, from the seafood equivalent of a hot dog i.e. delicious lobster rolls from Nova Scotia, to the crumbly, buttery goodness of Nanaimo bars, every dish is above par. If you want to try a truly Canadian drink, pick up a bottle of delicious ice wine on your next visit to the bottle shop. This amazing dessert wine will surprise and delight you.
Travel around Canada via its unique cuisine, by recreating some of the delicious Canadian fare in your kitchen. The universal favourite Canadian snack, poutine, is wonderfully easy to make and this recipe will have you whipping it up to perfection in no time. 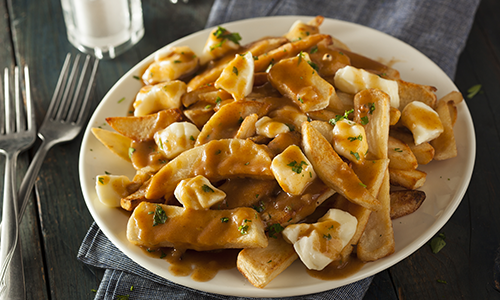 The wonderful treasures of Canada await you in all their glory. So order your Evergreen brochure now and start planning your next grand Canadian adventure.