Into the Wilds of Canada

According to wildlife photographer and naturalist Don Enright, “Nature travel changes our view of ourselves within the world. You cannot stand under theprairie stars in June with the nighthawks booming overhead and be unchanged by it. You cannot stand on the Fraser delta as 100,000 snow geese go thundering overhead and not understand where you fit in this universe as a single, tiny, earth-bound creature”.
In 2020 Evergreen is developing this nature concept with the addition of two new specialist departures into the Rockies and West Coast of Canada, led by Don Enright, exclusively for Evergreen.

These will offer unique opportunities for truly immersive, intimate experiences with the incredible wildlife of Canada including interpretive walks and presentations led by Don Enright, breakfast with the bears, a bear watching safari, whale watching, a canoeing experience on Pyramid Lake, beaver walks and a visit to the Yamnuska Wolfdog Sanctuary.
These itineraries will take guests into some of the more remote wildlife corridors to see Canada at its natural best. 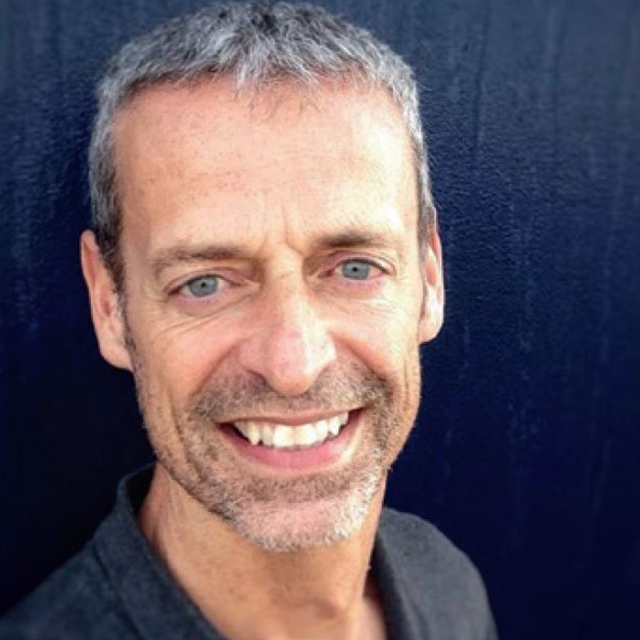 Apparently river otters never got the memo about staying in the rivers.

Extract from a blog by Don Enright. 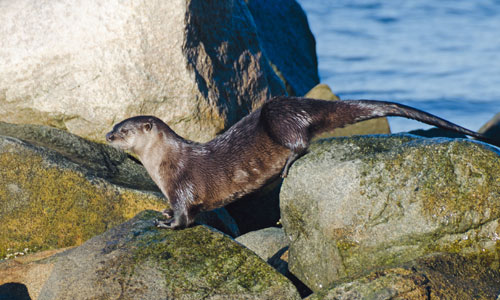 Image courtesy: Don Enright
This morning, we were treated to a family of six river otters in the bay just off Second Beach in Vancouver’s Stanley Park. They had just had a very successful fishing trip and were busily devouring a bunch of little flounders or sand dabs. River otters are very messy eaters—but they really appear to love eating. You know, they really appear to love everything they do. The Onion once ran a wonderful headline: “Black lab has best day of his life for 862nd day in a row.” You could easily apply that to river otters. Man, they know how to have fun!
Eventually, four of them swam off down the shore, and a few minutes later, we saw a bunch of people gathered at the edge of the sea wall, clearly interested in something. There they were: our four young otters were at a drainage culvert, which they had discovered could be used to provide safe passage under the seawall, upward, under the road and into the forest. Otters are really, really smart. Have I mentioned how much I love otters? The last little guy of the group was having a heck of a time getting into the culvert and was starting to get pretty stressed about being left behind by his siblings. As I filmed, I listened to the people’s reactions: “Oh look! A sea otter! He’s trying to climb up the pipe!” It was then that the explainer in me wanted to jump in and say, actually, no, these are
river otters. It’s a pretty logical assumption, isn’t it? But river otters never got the memo about being river otters. They go wherever the fish are: ponds, lakes, rivers, lagoons, and right into the ocean whenever they want.
Sea otters are not nearly so versatile. They are 95% aquatic and spend pretty much their entire lives in kelp beds just off the sea shore a kilometre or two. In this part of the world, sea otters are found on the west side of Vancouver Island, never here in the Strait of Georgia. So here’s the deal: River otters: Dark brown. Sleek fur and skinny profile. Long, serpentine tail. Almost always swim in a dog paddle, almost never swim on their backs. Run easily on land. Sea otters: Dark brown with a much lighter head. Fluffy fur and husky profile. Big, black, triangular “teddy bear” nose. Short tail. Very often swim on their backs. Almost never found on land. Both kinds of otters: A furry bundle of awesome.

Join us on an exciting new adventure over 21 days from Vancouver to Seattle.
Specifically designed to enhance your interaction with and experience of Canada’s most sought after icons; it’s wildlife and wilderness, this tour will bring you closer to Canada’s incredible wildlife and amazing scenery than any other. Keep a look out for bears, moose, elk, and even wolves.
Don will join us between Jasper and Victoria on this specially curated tour. Our specific aim is to enhance your journey to get you up close to the natural wonders of Western Canada.
View Itinerary 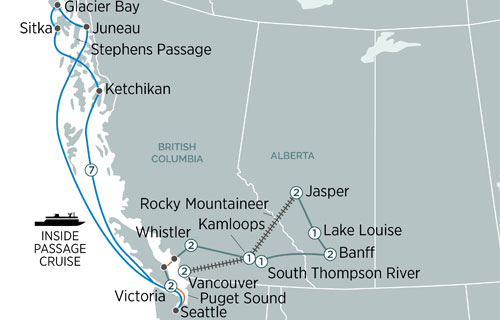 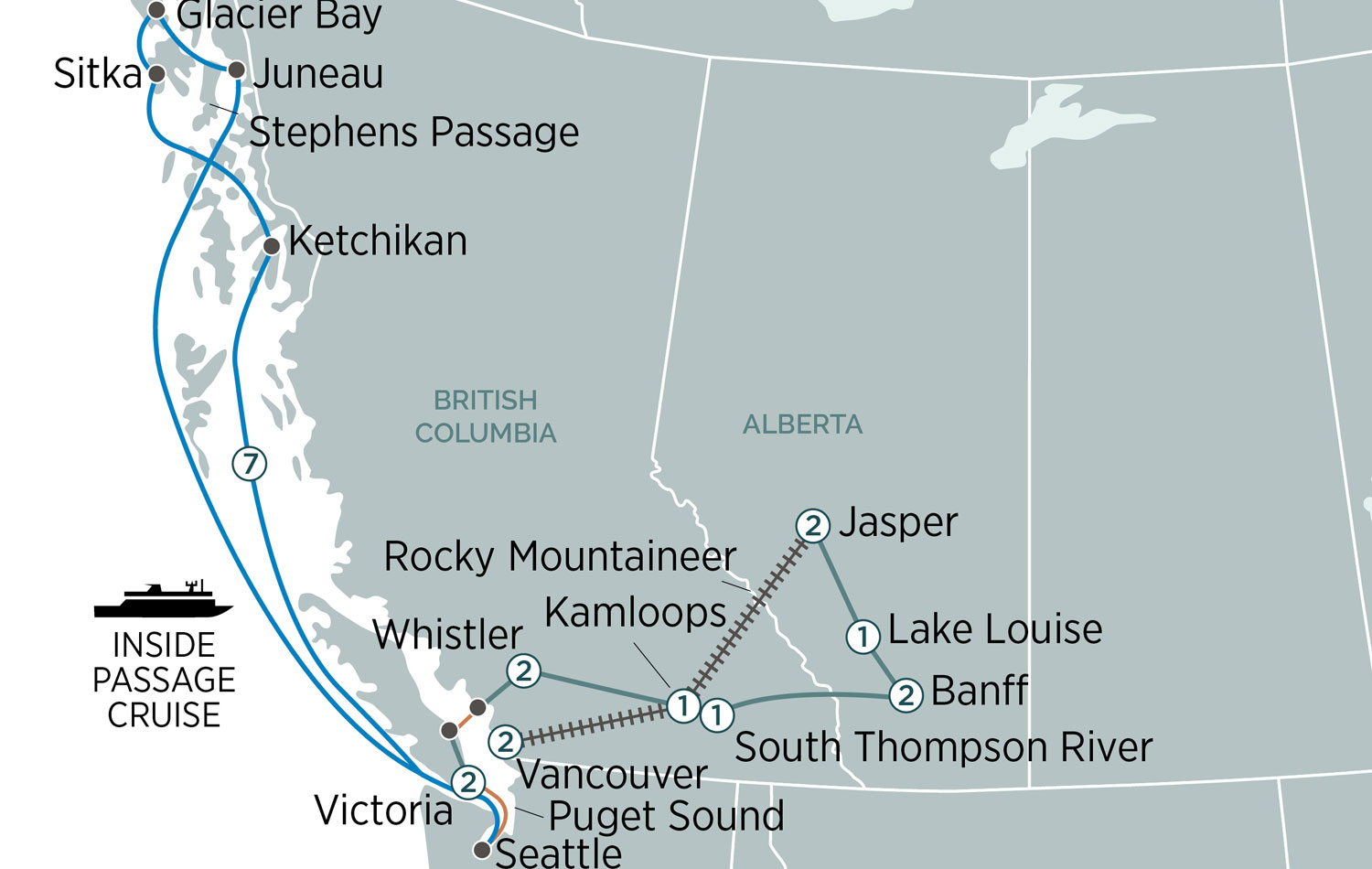